Healthcare continues to remain susceptible to cyber attacks – specifically phishing, whether it is to obtain private health information or disable their networks with a ransomware attack.

The healthcare industry relies heavily on their connectivity, probably more so than other industries and the impact of such breaches is devastating not only for the facility, but also for those who may have their personal information out in the wild.   In some instances the phishing attacks are extremely sophisticated and even with training, it may still pass the inspection.  A multi-layered security approach must be considered, including training, as well as endpoint protection and detection.

The almost total pervasiveness of phishing scams and other email-based attacks can be seen in a recent survey that found almost 90 percent of the cybersecurity executives saying their company was hit with an attempted or successful email-based cyberattack in the last year.

By Doug Olenick, SC Media US

The price that must be paid in the wake of an attack is not just monetary. Sixty-seven percent of those surveyed said an email incident forced their IT team to divert needed resources from other priorities to deal with an attack; employee productivity was interrupted said 61 percent and 10 percent reported that their firm’s reputation took a hit.

Having sensitive corporate information stolen was judged to be the most costly kind of attack, followed by ransomware and business email compromise. When it came to recovering from a ransomware attack 12 percent of the companies decided their only option was to pay the ransom with the remaining 88 percent declining to do so. Interestingly, enterprise-size businesses were more likely to pay compared to small and medium-size operations.

“Based on how pervasive ransomware attacks have become, along with the accompanying media coverage, it’s somewhat surprising to see such a small percentage of companies paying. Perhaps it’s actually a glimmer of hope: maybe organizations had comprehensive backup solutions in place and were able to rapidly recover critical data without paying,” the report stated.

Thirty-five percent of the surveyed executives said their firm had been hit with a ransomware attack in the last year with 75 percent of those individual saying the malware was delivered via email, 32 percent from the web and 23 percent through network traffic.

The concept of infecting targeted users with banking trojans has been so successful in the recent past that in the first quarter of 2018, banking trojans overtook ransomware as the top malicious payload distributed through email.

The concept of infecting targeted users with banking trojans has been so successful in the recent past that in the first quarter of 2018, banking trojans overtook ransomware as the top malicious payload distributed through email.
In all, banking trojans accounted for 59 percent of all malicious email payloads in the first quarter of 2018 which also saw email-based malware attacks rise significantly. A new report from Proofpoint has shown that the number of firms receiving more than 50 email-based malware attacks grew by 20 percent compared to in the last quarter of 2017.
Aside from injecting banking trojans that are designed to obtain confidential information about customers and clients using online banking and payment systems, hackers are also distributing information stealers, downloaders, remote access Trojans (RATS), and other banking malware via emails to steal credentials and to use them to commit fraud or theft.
Cyber-criminals are also leveraging sophisticated malware that are adept at defeating a majority of anti-malware protections installed on targeted systems. For example, Emotet, a polymorphic malware that has the ability to evade over 75 percent of antivirus engines, has been used in 57 percent of all banking malware attacks and 33 percent of all malicious payloads in Q1.
“Trojans are effective because they exploit weaknesses on different levels. Fraudsters often bait unsuspecting users to click on links in emails that seem to be legitimate, which lead them to a fake website or to download a malicious app,” said Gerhard Oosthuizen, CTO at Entersekt to SC Magazine UK.
“These fakes can look frighteningly real, and the emails baiting users often mimic the bank’s official communications in design and tone. It makes it very hard for users to know when an email, the site they’re clicking through to, or the app they’re downloading, is legitimate. 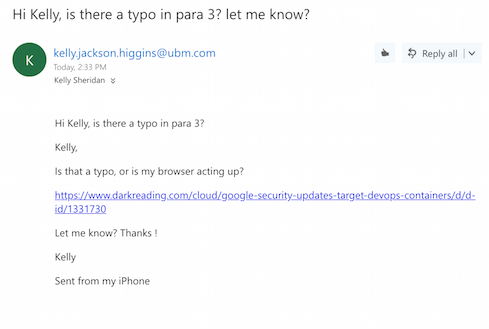 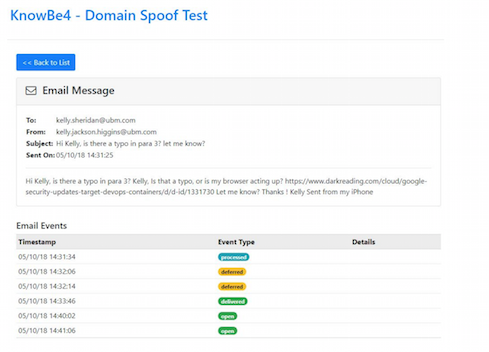 Outside attackers still the biggest problem – except in healthcare.

After doubling in 2016, the frequency of ransomware attacks doubled again in 2017, according to findings in the latest Verizon Data Breach Investigations Report (DBIR).

The 2018 DBIR is the 11th edition of the report, and includes data not only from forensic investigations conducted by Verizon, but also 67 contributing organizations. In total, the report covers analysis on over 53,000 incidents and 2,216 breaches from 65 countries.

Ransomware was found in 39% of the malware-related cases covered in the report. Dave Hylender, Verizon senior network analyst and co-author of the report, says he was “a bit surprised” at an explosion of that magnitude.

The type of targets is changing as well. “When we first started seeing [ransomware], it was smaller organizations, one desktop, one laptop,” says Hylender. “Now it’s more widespread and affecting critical systems,” including servers.

Further, attackers are using ransomware for more than collecting ransom payments. They’re also employing ransomware to distract, disrupt, or destroy – as part of a multi-pronged attacks or a ransomworm like NotPetya, for example.

“There are a lot of things that are going under the guise of ransomware,” says Hylender. He cites an example in which an attacker requested payment, but made it almost impossible for themselves to decrypt the data even if they receiveed the payment; the goal was definitely to disrupt or wipe data.

“I think [ransomware] is growing because it’s continuing to work, but that kind of attack is [also] one of the reasons it’s growing,” he says.