From the Hacker News – Swati Khandelwal

Ransomware has been around for a few years but has become an albatross around everyone’s neck—from big businesses and financial institutions to hospitals and individuals worldwide—with cyber criminals making millions of dollars.

In just past few months, we saw a scary strain of ransomware attacks including WannaCry, Petya and LeakerLocker, which made chaos worldwide by shutting down hospitals, vehicle manufacturing, telecommunications, banks and many businesses.

Before WannaCry and Petya, the infamous Mamba full-disk-encrypting ransomware and the Locky ransomware had made chaos across the world last year, and the bad news is—they are back with their new and more damaging variants than ever before. 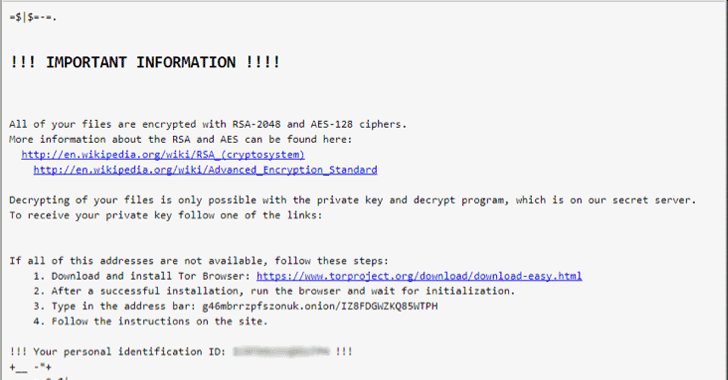 First surfaced in early 2016, Locky has been one of the largest distributed ransomware infections, infecting organisations across the globe.

By tricking victims into clicking on a malicious attachment, Locky ransomware encrypts nearly all file formats on a victim’s computer and network and unlocks them until the ransom in Bitcoins is paid to attackers.

The ransomware has made many comebacks with its variants being distributed through Necurs botnet and Dridex botnet.